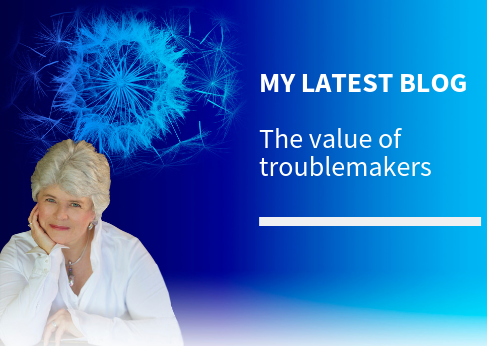 What if troublemakers are hidden resources! While it may seem counterintuitive to talk about the value of troublemakers, in fact they often have profoundly significant value. Too often troublemakers are seen as mischief makers, causing disruption and difficulties for their own reasons. However systemically, if we look at troublemakers, they’re often doing something in service of the system. In this case we would be wise to listen to what the system is trying to communicate.

CBA as an example

A really good example of this is what we saw with the Commonwealth Bank during the recent Banking Royal Commission. One of the things that CBA CEO Matt Cormyn said, was that they made the mistake of not listening to the voices they didn’t want to listen to. This is often the case with troublemakers. We perceive that they’re resistant to change, or they’re making things more difficult than they need to be, they’re not playing along. So, we make all sorts of value judgements.

Systemically, however, we don’t take that position. Systemically we ask, ‘What are troublemakers actually trying to do for the system, what service are they trying to provide?’ It may be provocative, it may be unpleasant, it may be really inappropriate behaviour, but underneath that, what is wanting to emerge from the system, or what is being denied that needs to be seen?

If you look at the CBA example, if there had been more attention paid to people who were sending unwelcome messages that senior leaders dismissed, then a very different situation may have emerged for the Bank.

A recent case study of someone ‘resistant to change’

In another example, I recently did a systemic piece of work where there was somebody seen as a blocker. This person had been in the organisation for 30 years, and the judgement was that ‘She’s been here too long, she’s loyal to the history, she won’t change with the times, she’s just a pain because she will never let anything go’. However, after doing a systemic piece of work, what was revealed was that she was actually fighting for an important principle to be respected. Even she didn’t realise she was fighting for the principle – she simply couldn’t let go.

The head of HR brought this issue for me to look at and the upshot was that the organisational leaders weren’t listening to the underlying message, they were focused on the troublemaker’s ‘resistance’. The HR executive then shared with the General Manager involved what she had discovered in our work about the underlying message. This caused them to think about the situation differently and as they did all of the troublemaking behaviour and difficulties disappeared. The person became an asset. That was crucial because they had been about to let her go. With this insight they realised they were actually handling the situation inappropriately. By embracing the insight and wisdom that came from what the systemic work revealed, they changed the whole situation around. They avoided the costs of terminating somebody and all of the ramifications that has for a business, and were able to pivot right around to the opposite direction – the insights became a point of leverage.

Sometimes the person is a messenger. See the message, not the person.

When we listen to the system, it may be the ‘troublemakers’ are really a systemic message, rather than the person or the personality, we can tap into wisdom for what we’re trying to achieve and use it strategically. 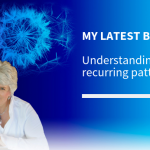 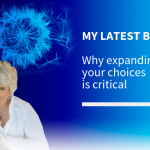 Why expanding your choices is critical