Sometimes people who behave in a task focused, goal oriented way can find themselves accused of being a bully. This might happen if they are unaware of the effects of their behavior on others. Equally, sometimes people perceive that they are being bullied when the so-called bully is simply holding them accountable for expected results. Managing this tension requires elegant skill.

My experience is that many people who have been accused of being bullies are left quite stunned; in their minds they are just hard-working people who make sure things get done as needed. In fact, they are often praised and recognised for their ‘can do’ and ‘make it happen’ attitudes. Sure, they can be thick skinned and insensitive, but they don’t mean any harm. They are dedicated and committed to results. Sometimes they see those people that would accuse them of bullying as being over-sensitive, lacking in conviction and perhaps in need of too much molly coddling.

Task-focused, action-oriented people get their sense of value and significance from taking action and producing results. In their minds they are doing well. They have a tendency to over-use this behavior at the expense of others. Often, they have been on the receiving end of similar behavior during their formative years and part of their coping strategy is to toughen up and not let anyone get the better of them.

These people can lack awareness of what it’s like for those on the receiving end of their own behavior, especially if the other person is not like them. When we don’t have a clear perspective of reality, the standard of measure for each of us is: ‘if I feel ok, then it’s ok’, although we may not be aware that even if something might be ok for ourselves, maybe it’s not ok for others. Similarly, if we don’t feel ok, we feel the need to fix things ourselves, although we may be unaware of (or try to justify) the effects on people who are getting in the way. This is a flawed internal framework, which creates an illusion, because whilst it works for us in the immediate moment (‘I feel better’), it fails over time (‘people don’t want to co-operate with me, so I end up doing everything myself’). This sets up a vicious cycle, in which other people don’t have the opportunity to learn for themselves. So we are completely unaware that we have encouraged learned helplessness in others.

So how can we deal with these situations? The task-focused, action-oriented person needs to see the full picture. Analysing their behavior in detail enables them to see what actually happened and how it made things harder for them over time.

When someone constantly takes over and drives projects through, other people give up and let them do everything – so learned helplessness is created in the others, who then blame the person who took over for creating problems.

These people often struggle to let tasks go because this activates their fear that things won’t ever get done and that there might be terrible consequences. It’s like these people have a compulsive drive to act. They need to have a more healthy perspective, so they can make considered choices around where, when and how to act whilst respecting other people involved. This might mean slowing down to take other people into account and then making some adjustments so things work well for everyone. When people can see that their actions are, in fact, making things harder than they need to be, they are motivated to change their behavior.

But how do you still get things done to a high standard, enhance performance, and drive through tough challenges without coming across as a bully?

It’s all to do with being insightful, aware of what drives you and how to manage those drives so you can skillfully find the right balance between task-focus and people-focus for the situation at hand. You also need to be respectful of what other people need for them to be able to participate and contribute. You have to slow down enough to be aware of other people’s skills and abilities. You can set things up to help other people be successful in achieving the desired results.

Ask yourself these questions:

All of this requires that you manage your emotions about what’s going on without leaking them out onto others. This is called emotional maturity, which is easy to say but not always easy to do. Hiding emotions doesn’t work, as that’s when they leak out and create havoc without you being aware of it. Managing your emotions is what is required: seeing the emotion for what it is, clarifying what requires attention and then choosing the right measure of response with your focus on the desired outcome, not on what you are feeling. The difficulty with this is that often a task-focused high achiever is somewhat insensitive to their own emotions, or else discounts their significance. Such people often feel vulnerable when in touch with their own emotions. They can experience them as potentially overwhelming and, hence, disempowering. This relationship with their emotions needs to change for them to be able to develop the emotional maturity required.

Task-focused, action-oriented people are a great asset when they can develop emotional maturity that enables them to find the sweet spot between task- and people–focus, to help others achieve great things. 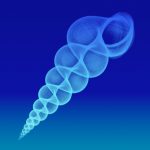 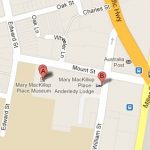