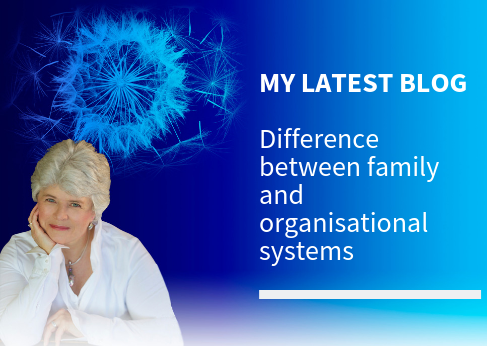 The differences between family and organisational systems

Family systems are the first system that we belong to. Initially we’re not consciously aware we’re part of the system, however it’s the first system that we identify with. Importantly, you cannot not belong to a family system. Even if you’re disowned or disinherited, at a systemic level you still belong to your family system. In an organisational system, you belong only for the period where you have value to exchange with the system – in other words, while it makes sense for you to be part of the system.

If we look at one of the principles – called orders – we see a further difference. In a family system the orders are clear. Parents are in the first position, children are in the second, third and fourth, depending on which number child you are. Those orders need to be respected and followed in a family system for it to be healthy and functioning. However, in an organisational system, the orders can be quite fluid. You can have orders that relate to the history or longevity of the organisation, but you have different orders that relate to who’s responsible for the system, and then you could have different orders again, depending on competence and specific issues. So in organisations you have fluid orders, and in families you have set orders.

The other element at play is ‘give and take’. In the family system, the parents always give more than the children. For example, if there’s a good exchange of the flow of love, when the children grow up and have their own children, they will generate the lion’s share of love for them. So the exchange is slightly out, but it balances out across the system over generations. In an organisational system, it’s different – there’s an explicit contract of exchange. However, there’s also background exchange that needs to happen in the system, otherwise you get things like people feeling disempowered or people feeling entitled. These are all signs of the give and take – the exchange – getting out of balance. The nature of the exchange changes over time. For instance, if you’re new to an organisation, you take more than you give. If you’re long-term in an organisation, you give more than you take. So the dynamics unfold quite differently in organisations, as they should, which is a really important distinction.

In service of the system
The origins of systemic work come from the family systems therapy field, which was developed in the 1940s and 50s. That was based on an understanding that often children have symptoms that are actually more a function of the dynamics between the parents, where the child is trying to solve a problem on the parents’ behalf. We see this in organisational life, where it gets far more complex and sophisticated. People can be taken in service of the system, and their actions are actually trying to restore order in a system that’s disordered somewhere else. In a family that’s quite contained, but in an organisation with so many different people and potentially thousands of different dynamics at play, things unfold on many different levels.

When I train practitioners, it’s aimed at creating understanding how all of this applies in an organisational context. One of the things that’s very important is that you have a high regard and a heart for the population that you’re working with. You cannot afford any judgements or any sort of pejorative opinions when you’re doing this work. While you can have them in your life, when you’re doing this work, you need to attune to the system and its wisdom. In systemic work, the system is trying to communicate something, so that needs to take primacy over any opinions that you have.

The purpose of the work is to be of service to the organisation and to set up the organisational system according to healthy systemic principles. This allows the life force and the energy to flow through the system in a way that enables everybody involved in the system to thrive. 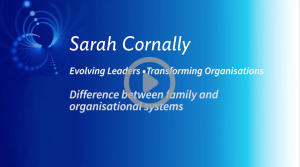 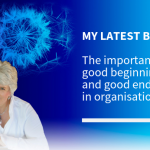 The importance of good beginnings and good endings 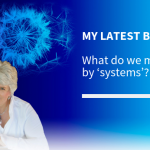 What do we mean by systems?